Reason vs other methods of influencing belief 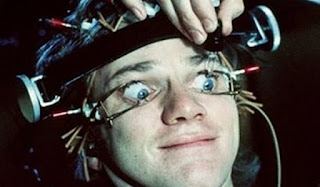 There are (at least) two ways in which we can attempt to influence the beliefs of others:

(i) we can use reason. We can provide scientific and other evidence to support beliefs, subject them to critical scrutiny, reveal contradictions and inconsistencies, and so on.
(ii) we can appeal to such mechanisms as peer-pressure, emotional manipulation, reward and punishment, humour, sarcasm, repetition, fear (especially of uncertainty), tribalism, censorship, vanity, and so on.
Now, we philosophers put a lot of emphasis on (i) rather than (ii), don't we? Why is that?

I suggest the answer is: because reason is truth-sensitive. Try to make a well-reasoned case for believing the Earth's core is made of cheese, or that the Antarctic is populated by ant-people, or that Prince Philip is an alien lizard in disguise. You're not going to find it easy. Apply the filter of reason - under which I include the scientific method - to incoming beliefs and only those with a fairly good chance of being true are likely to get through. That's why we favour the filter of reason. We want to believe, and want others to believe, what's true.

The mechanisms listed under (ii), on the other hand, can just as easily be used to instil true beliefs as false beliefs. They are truth-insensitive.

Cults, advertising salespeople, and so on tend to favour the latter mechanisms in order to try to get people to believe. Applied consistently and systematically, they can be very powerful mechanisms.  Religious schools have traditionally relied primarily upon such mechanisms for inculcating religious belief in young people. Religious schools are traditionally tribal; they apply: peer pressure, fear of hell, hope of heaven, rose-tinted versions of belief in which the less attractive parts are airbrushed out or ignored, endless repetition of key dogmas, positive images of saints, Popes, imams and rabbis, and scary images of the world of the unbeliever and all its terrifying uncertainties. Political parties also exploit these mechanisms very effectively.

If we want to believe what is true (and I do) applying reason is a very good idea. But that's not to say that the other mechanisms are not important. Yes, no one with an interest in promoting a concern with truth should rely wholly on the latter, truth-insensitive mechanisms. However, the fact is, reason alone will likely fail in many cases to persuade. A cogent argument is often far less persuasive than a few emotive anecdotes, for example. Compare statistics on alternative medicine with a few well-chosen tales of astonishing 'cures' - the latter will emotionally trump the former, and sit more easily in the memory, every time. Tabloid front pages almost always lead with anecdotes rather than dry data, and for good reason - juicy, personalised tales sell newspapers; statistics and charts do not.

So, it's not that philosophers and freethinkers should shy away from using humour, emotive anecdotes, peer pressure, and so on. These mechanisms probably should form a part of our arsenal. But the bottom line is, they should not be the foundation. Our foundation should always involve applying reason as far as it will go. Once we lose that foundation, we're no better than the cults or advertising agencies ourselves.

And of course, when people accuse the free thought movement, philosophers, etc. of being a cult, of being just another 'religion', and so on, we can now explain why we are not.
We free thinkers always reach for the sword of reason. It is a double-edged sword. It cuts both ways. It favours not the 'teacher's' view over the 'pupil's' but the truth. It's a weapon that the pupil can just as easily and effectively use against their teacher. Which is why many so-called educators prefer to either downplay the role of reason it or avoid it altogether. They rely instead on those other mechanisms which do, always, favour the view of the teacher over that of the pupil, irrespective of what's actually true. Trouble is, the result is not education but indoctrination.

Since autonomy should be respected, we ought to appeal to reason and eschew the other mechanisms.
January 4, 2017 at 4:28 PM

Blair said…
What about "nudging" people to good actions through appropriate laws? E.g. making organ donation opt-in rather than opt-out. Or forbidding tobacco ads. This clearly belongs to II, but it doesn't seem bad.
January 4, 2017 at 5:12 PM