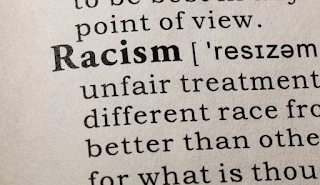 Consider what we might call the ‘trope’ criterion of bigotry:

if there’s a negative attribute associated with an ethnic/racial/sexual traditionally stigmatized minority (e.g. they’re greedy, terrorists, bad drivers, over-emotional, violent, conniving, sexist, etc.) and a person maintains that someone of that ethnicity/race/sex has that negative attribute, then that person is a bigot.

Of course we have a moral duty to be self-reflective and carefully monitor what we say about the members of such traditionally stigmatised minorities. It's very easy to slip into adopting toxic cliches and stereotypes about women, or gay people, or black people, or Jews, or Muslims, etc. without realising we have done so. Those who are justifiably sympathetic to the view that we have this moral duty to monitor ourselves and others and to avoid adopting poisonous stereotypes may well be drawn to the trope criterion of bigotry.

However, it's easy to see that, actually, the trope criterion of bigotry is way too strong: it counts as bigotry a great deal that isn’t. It’s not bigotry per se to point out that that Muslim (Osama Bin Laden) is a terrorist, or that that Jewish person (Robert Maxwell) acted greedily and conspiratorially, or that that woman is a bad driver, etc. Sure, there might be bigotry behind such a criticism. But you can't just assume that there is.

Nor is it sufficient - or even close to sufficient - to establish bigotry that someone has accused a country falling under such a racial or ethnic umbrella of having such a negative attribute.

Admittedly, someone who is Islamophobic might be particularly keen to make or hear such a criticism of a Muslim country, but that doesn't come close to establishing that someone who makes the criticism does so because they're Islamophobic.

We should be very wary of slipping into adopting negative and toxic cliches about traditionally maligned social groups. But we should also be wary of self-censoring, and allowing others to censor - by applying the ‘trope’ criterion of bigotry - reasonable criticism of countries like Saudi Arabia, religions like Islam, and this or that particular woman, etc.

In the wrong hands, the 'trope' criterion of bigotry can be used in a McCarthyite way: to suppress legitimate free speech about and criticism of countries, religions, and individuals.