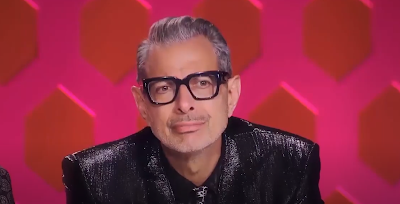 Jeff Goldblum is being criticised for asking whether Islam is anti-gay and anti-women. See e.g. this article in The Independent. Stats suggest e.g. the Muslim population in the UK for example does have a problem with homophobia (according to a survey a third of all UK Muslims think a wife should be forced to obey her husband, and 0% of UK Muslims think homosexuality is acceptable). And certainly that religion traditionally does (but then so does Christianity).

At the same time I think Islamophobia is real and pernicious and probably much more of a problem than e.g. antisemitism in the UK (again, surveys bear this out). Perhaps we simply shouldn't ask such questions about Islam for fear of stoking such prejudice. On the other hand, perhaps liberals self-censoring - deliberately avoiding mentioning such facts or asking such questions - actually stokes Islamophobia by, in effect, stifling free speech re Islam and also feeding the 'double standard' narrative (that Christianity/Christians, on the other hand, can be called anti-gay with impunity [but then Christians aren't being discriminated against or vilified in the way Muslims are]).

Personally, at this point, I don't think Goldblum did anything wrong - though you might yet persuade me I'm mistaken about that.

What annoys me most, actually, is the hysterical witch-finder finger pointing being directed against him. Even if he was wrong, I think he's probably a good person and had good intentions (he may even have been inviting the contestant to challenge that view), and attempting to smear him as a bigot probably helps no one in the long run (though it may give his accusers a little short-term holier-then-thou rush).

James said…
Got a citation for “ 0% of UK Muslims think homosexuality is acceptable”? https://www.ipsos.com/sites/default/files/ct/publication/documents/2018-03/a-review-of-survey-research-on-muslims-in-great-britain-ipsos-mori_0.pdf has about 50% thinking it should be illegal, which isn’t great, but also isn’t 100%.
April 25, 2020 at 11:58 AM

Paul Braterman said…
A suggestion, not new and not my own; drop the term "Islamophobia", which creates an inherent confusion between prejudice against individuals and criticism of a religion, and replace it with "Muslimphobia"
April 25, 2020 at 3:38 PM

Chris said…
I'm more inclined to ask is the wealth and spectacle on display, that has been accumulated by exploitation and alienating economic conditions, by the aforementioned people, also acceptable?
April 28, 2020 at 8:08 PM

Martin Freedman said…
"Islamophobia is real and pernicious and probably much more of a problem than e.g. antisemitism in the UK (again, surveys bear this out). "

"probably" and what have surveys to do with anything when we have hard evidence? Home Office statistics shows that an average of over three hate crimes are directed at Jews every single day in England and Wales, with Jews almost four times more likely to be targets of hate crimes than any other faith group.

Hate crimes are also important indicators of course. Last year The Jewish Chronicle reported the following which flatly contradicts what you claim:

'Jews were the targetted in 18 per cent of the total number of hate crimes – while 47 per cent, or 3,530 offences were committed against Muslim people.'

stephen law said…
As to why I made the comparison, antisemitism has been front page news for a couple of years, while Islamophobia has not. What I am implying is that Islamophobia should have received should be taken much more seriously.
May 18, 2020 at 12:48 PM