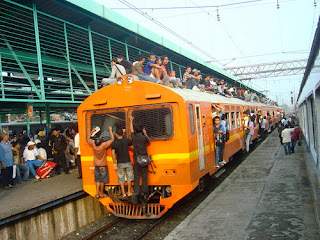 1. BIG PICTURE LABOUR. These folk look at the social and economic trajectory of 100 years plus, and believe that:

(i) Immediately after WW2, a huge shift took place that gave rights, social security, NHS, etc. to ordinary working people who, pre-War, had been horribly exploited.


(ii) However, this shift was against the prevailing social and economic direction of travel, which tends always to run back towards Victorian levels of social injustice and inequality.

(iii) The last half century or so has seen our social and economic train increasingly returning back to the Victorian situation, with it moving faster under Tories, slower under 'New' Labour (who merely applied the brakes a bit).


(iv) Reversing the train may be achievable (indeed, many of the aims - nationalised rail/utilitIes, free university education, generous benefits system etc. are available elsewhere in successful economies - Scandanavia for example).

It is certainly worth the risk to try, because the alternative, with either Tory or PRAGMATIC LABOUR Government, is that we end up at the same place - Victorian Britain - we just get there at different speeds.

(v) Reversing the train is THE most important political issue. It is more important than Brexit. For Labour to scupper Brexit now would be to lose the support of the working people that they need.

(i) Change of the sort desired by BIG PICTURE LABOUR outlined above is radical, and is neither required nor desirable - or at least is not electorally achievable.

(iv) Brexit is a disaster that will harm our economy and the lives of ordinary working people more than almost anything else. Therefore it must be stopped, and Labour should now commit to stopping it.

Does this sound right? I know there are folk who fail to fall into either camp, but it seems to me that, say, 85% of Labour folk fall into one or other.

Why do I think that Labour's scuppering Brexit would scupper BIG PICTURE LABOUR'S train-reversing project? Because the working class folk whose support Labour need are predominantly Brexit and indeed are currently so emotionally committed to Brexit that Labour's scuppering Brexit would be seen by them as an unforgivable betrayal. I also think that the Press would use this against Labour very effectively. Labour, as a party rooted in the working class, would be finished.

What Labour Remain need to do is refocus the anger and frustration that led to w/c support for Brexit where it properly belongs. This will take time. So they need to play the long game.

BTW I fear that if you block Brexit now, that anger and frustration will fuel fascism instead. I really fear that. I think that is the worst-case outcome (and the most likely outcome if Labour block Brexit).

Martin Freedman said…
Always wary of a simple dichotomy for something more complex, but I do not think you were arguing for that here. Still I think there is ... ahem... a third way (Not The Third Way!)

So I feel the Big Picture Labour is correct for some but missing the point for others.

Lets us call it a new radical progressive Big Picture. On the surface it has many of the same goals as your Big Picture Labour but the means to implement it are different and are based on evidence-based policies especially including in economics such as MMT and not a reversion to an old school post war bastardised keynesianism.
October 20, 2017 at 9:05 AM

Martin Freedman said…
I think the choice is between Pragmatic (Neoliberal-light), Big Picture("Keynesianism") and ..you can give it a name.. New Progressive (Post Keynesian/MMT (not just anti-Neoliberal but also anti- bastard Keynesianism)).
October 20, 2017 at 9:09 AM