What is, and isn't, Islamophobic/anti-semitic? 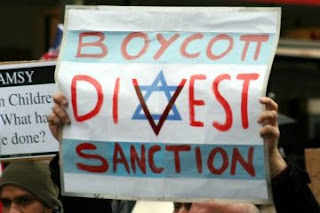 There's currently a great deal of talk about Islamophobia and anti-semitism in the UK press. You won't be surprised to hear me say I am very firmly against both forms of prejudice. However, I suspect many would consider me guilty of one or other.

I suspect many Muslims or Muslim-supporters would consider me Islamophobic because, say, I consider the religion of Islam one root cause of much contemporary terrorism. On the other hand, I don't doubt some Jews or Israeli-supporters would consider me anti-semitic because, say, I think the attacks on Gaza were disproportionate and unjustified, or because I am broadly sympathetic to non-violent methods of Palestinian resistance, such as their BDS campaign - Boycott, Divestment, and Sanctions.

It may well be that I'm just mistaken about what is and isn't Islamophobic/anti-semitic, and I genuinely want to be guilty of neither, so I thought I would arrange various claims according to whether I consider them Islamophobic or not and anti-semitic or not, to get your feedback.

I DO consider the following claims Islamophobic:


I DO consider the following claims anti-semitic:

However, I DO NOT consider the following claims Islamophobic (that is NOT to say I agree with them all, or consider them all unobjectionable, please note!)

It would have been better had Islam never existed
Islam is a major cause of terrorist attacks and atrocities
Islam is a poisonous and destructive religion
Many Muslims are horribly bigoted against Jews, women, and gays.
There should be a boycott/sanctions against countries like Saudi Arabia that engage in such violent attacks in Yemen (and spread violent wahabist ideology).
The pro-Saudi lobby has had an undue and damaging influence on Western foreign policy.

Similarly, I DO NOT consider the following claims anti-semitic (that is NOT to say I agree with them all, or consider them all unobjectionable, please note!)

It would have been better had Israel never existed.
Israel is a major cause of terrorist attacks and atrocities
Israel is a poisonous and destructive state
Many Jews are horribly bigoted against Palestinians.
There should be a boycott/sanctions against countries like Israel that engage in such violent attacks in Gaza.
The pro-Israel lobby has had an undue and damaging influence on Western foreign policy.

But am I right? I am offering this as a platform for discussion. For example, many consider the Palestinian BDS campaign against Israel intrinsically antisemitic, whereas I do not. Nor do I consider the claim that it would have been better if Islam had never existed, or that Israel had never existed, Islamophobic/antisemitic. That might surprise some of you. If you think I'm mistaken, why am I mistaken?

PS. I first posted this on the CFI blogs website.

Michael said…
Dear Stephen, I am sorry that I can't disagree, because it sounds ok for me. I think the most important point is the motivation behind such a sentence. The point of view together with the motivation is what makes the difference. But this is just a quick thought about it.