Eulogy for my Dad, Bill Law

I thought I'd say something about my Dad's legacy and his influence on me.

He was a huge influence on me, not because he pushed me in any particular direction, but because he encouraged me to expand my horizons and find my own direction.

Even when I took some spectacularly wrong turns in life - and I really did - both my Mum and Dad were nothing but supportive and encouraging.

The potential of the young always fascinated Dad, and he devoted his life to bringing it out.

Dad had great intellectual honesty and integrity. He was willing to follow where he believed reason led, rather than use reason to try to justify going to some destination he'd already settled on.

Perhaps the most spectacular illustration of this involves religion.

Dad started out his adult life as a very religious man - he went to Bible College intending to be a religious minister - but he actually thought his way out of religious belief. Here we are at a humanist funeral, at his request.

My dad was a product of the Enlightenment

I have ended up a philosopher, and one of my favourite philosophical quotations is from Immanuel Kant, a notoriously unclear, dense, and wordy writer. Kant was once asked: What is Enlightenment? Kant produced an uncharacteristically crisp definition. The watchword Enlightenment, said Kant,

is Sapere Aude! Have the courage to use one’s own reason!

If any phrase sums up my Dad - and of course none really could - it would be 'Sapare Aude'.

Do you think I am right? Dad wouldn't want you to take my word for it. He'd want you to Decide for Yourself.

I loved my dad, and he never, ever let me doubt for a moment that he loved me. 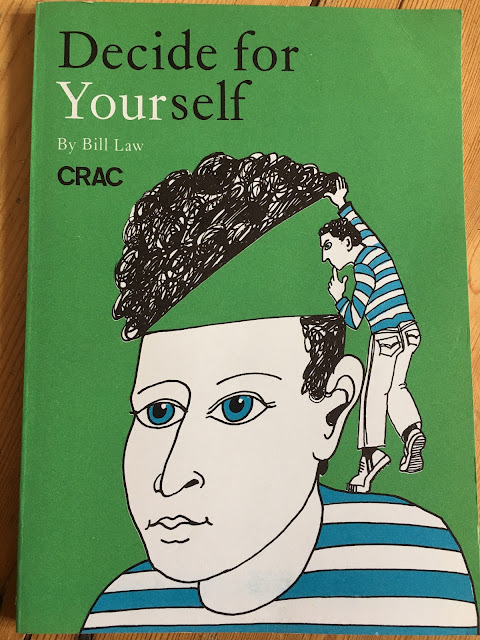 Anonymous said…
Where is this book available? Searched in major websites but not avilable
July 9, 2017 at 5:49 PM