I'm tutor for admissions at Heythrop College, University of London 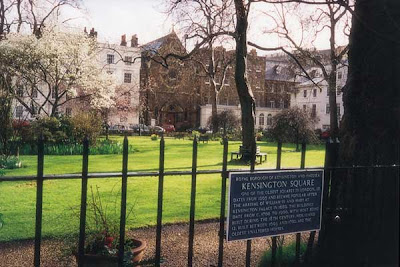 I happen to be tutor for admission for the BA in philosophy at Heythrop College University of London. If you want to find about more about our BA programme, or an evening MA in philosophy, get in touch (email address is in the header to this page). Obviously with the new fees system, all colleges are focusing on recruitiment, and so are we of course. Obviously we're not as well known as some other colleges. But we are quite exceptional.

So here are a few facts about Heythrop you might be interested in, if you're thinking about pursuing a degree in Philosophy or Theology.

(1) Heythrop is the University of London college that specializes in just Philosophy and Theology. It's all we do.

(3) This is because, astonishingly, Heythrop runs a one-to-one tutorial system. Students receive individual one-to-one tutorials on all their second and third year essays. This is unheard outside of Oxbridge, of course, and is one of the main reasons are students are so academically successful.

(4) Heythrop is a Jesuit foundation (in fact it's the oldest college of the University of London, being founded by the Jesuits in 1614, though one of the most recent member colleges of the University). However, despite its religious foundation, it is highly diverse in its membership. I'm there, for goodness sake. And I'm made to feel very welcome too. The student body is no more "religious" than at other London colleges, and the staff have all sorts of views on the subject. There's no religious agenda at all in the philosophy teaching. We just ask that you think and question with an open mind.

Here's a recent letter of mine published in the Independent:

Dominic Lawson ("A Private Sector Oxbridge? Not Exactly" 7th June) rightly celebrates the one-to-one tutorial system, offered by Oxford and Cambridge, which he describes as "the single most valuable aspect of their educational offering". But Lawson is wrong to say the system is only offered by Oxford and Cambridge. It is also offered by Heythrop College, University of London for undergraduate degrees in philosophy and theology.

If you want to know more, get in touch with me directly. Our website is here. Open days and student conferences available (I run the Philosophy Conferences which will be 8th and 9th March 2012. With Julian Baggini, Michael Lacewing, Chris Horner and myself speaking).

Anonymous said…
"Heythrop is a Jesuit foundation (in fact it's the oldest college of the University of London, being founded by the Jesuits in 1614, though one of the most recent member colleges of the University). However, despite it's religious foundation, it is highly diverse in its' membership. I'm there, for goodness sake. And I'm made to feel very welcome too. The student body is no more "religious" than at other London colleges, and the staff have all sorts of views on the subject. There's no religious agenda at all. We just ask that you think and question with an open mind."

As an ex-student, I disagree. I went there hoping this would be the case, but actually the curriculum is very steeped in Jesuit teaching and a large number of lecturers are completely closed to other viewpoints. At one point a Muslim girl in our class was told not to ask any more questions (she'd put forward a Muslim view on something the lecturer had said) because "This is Foundations of Catholic Theology".
November 17, 2011 at 1:43 PM

Stephen Law said…
I'm very surprised. Obviously I was talking about philosophy. Which I can vouch for (and is mostly not even taght by Jesuits. Indeed, I'm ot the only atheist, by a long shot. But even so, that's rather shocking. Would you mind contacting me directly as I'd like to know what programme and module you are talking about (there's nothing of that name, so far as I'm aware).
November 17, 2011 at 5:53 PM

John Griffith said…
Do you offer the BA or MA by correspondence or online? Arkansas to Heythrop is a bit far for me.
November 19, 2011 at 5:37 PM

.InshAllah. said…
/\ I think the answer is 'no'. My follow up question is: Are there any plans (however remote) to set up such a program e.g. on the model of the Open University? I'm more interested in there being an MA than a BA.
November 19, 2011 at 11:01 PM

I am desperately looking for some good information on refutations/ objections to Aquinas' First Way.

Thank you if you find some time to help me out on this matter.

Btw, been reading this blog since your debates with ol Sye Tinbucket!

clk said…
I've always been interested in either a BA or MA in Philosophy through distance learning but my options are limited.

The OU does not offer studies outside the EU generally for many (not all) of its courses. UofLondon does offer a BA in Philosophy through its external program which was designed by Birkbeck College. Pathways (an external party) does provide support for this program http://www.philosophypathways.com/programs/lond1.html

Hope this helps others here.

As I'm in Australia, I'm still on a lookout for a reputable Philosophy program to continue my studies.
November 21, 2011 at 10:23 AM

Coram said…
I flounce around college as though I own the bloody place and never once have I felt unwelcome or scrutinised. Everything that Dr. Law says about college is, so far as I can tell, completely accurate. Hospitality is unyielding. Similarly, being a particularly flamboyant member of the student body, in both manner and views on religion (I'm an atheist, though a rather religious one), you might think I'd be the worst victim of whatever it is that the anon is going on about up there. As it is, I have never found this. I never had any issue, and nor, as far as I could tell, have any of my friends who happened to be of any other abrahamic or non-abrahamic faith (or none). I studied BA PRE, and am now studying MA Contemporary Ethics. I'm having a whale of a time. Kudos Heythrop. xXx
November 23, 2011 at 1:05 AM

Taxinhouse said…
I am also interested in BA or MA by correspondence or online.
Tampa Lawyer
November 23, 2011 at 6:22 AM

Stephen Law said…
We have no distance/correspondence course in philosophy, no. But the OU and External studies Univ London do, as was pointed out above (thanks for that btw).

Andre yes we take foreign students, of course. Get in touch direct?

Anonymous said…
Hello, Dr Law. I must say, I've been very inspired by your story. I'm eighteen and am from Papua New Guinea. I've done pretty badly in school myself, but am determined anyway to become a professional analytic philosopher. I'm a Christian theist myself (having been heavily influenced by Plantinga, Van Inwagen, and the like), but am respectful of atheistic presuppositions and objections to faith (I've been trying to read Sobel and Oppy, for one thing). I think Heythrop is a wonderful place, and would love to study there sometime.
November 28, 2011 at 4:27 AM

Nick said…
Hi Stephen,
I sent you an email about this, as I find it quite interesting, but I don't know if you ever received it, as I haven't heard anything back.
Cheers.
November 29, 2011 at 10:13 AM

Stephen Law said…
I just replied Nick. sorry about delay - i have been swamped with emails and lost track a couple of times. If anyone else is due a response from let me know!
November 29, 2011 at 10:22 AM

Anonymous said…
I am curious about the career paths taken by Heythrop philosophy graduates. Do you have any firm data?
Many thanks
January 10, 2012 at 1:15 PM

http://cambridgelearningcenter.org/ said…
One of the best post I have ever seen on any site. Great and to the point writing.!

Unknown said…
Thanks a lot for sharing this with us, was a really interesting post. and I want to share information about the
B.Tech | MBA | MCA | Diploma | Distance Learning Program
BSW- Bachelor of Social Work | MSW |

Unknown said…
The custom essay writing is my writing company. It makes the writing papers and also provides the successful writing programs. The graduate students can participate in their writing programs.
December 19, 2015 at 11:19 AM

thomas john said…
Hello, Dr Law. I must say, I've been very inspired by your story. I'm eighteen and am from Papua New Guinea. I've done pretty badly in school myself, but am determined anyway to become a professional analytic philosopher.