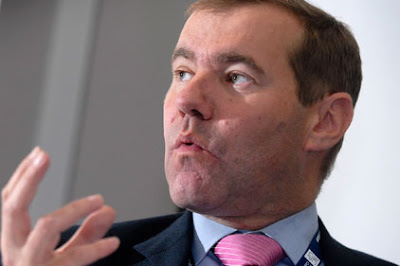 I find this 30 minute talk by Matt Tee unbelievably irritating, and have been wondering whether my adverse reaction is really warranted, and whether it actually says more about me than about him. What do you think? The talk is here.

It is a 30 minute talk by Matt Tee, the current Permanent Secretary for Government Communications. Tee earns in excess of £160,000 per year. He is a communications professional who seems to have had a very successful career.

My problem with this talk is, I think:

1. Tee reminds me of David Brent. This is not his fault, and not a legitimate reason to criticise what he says.

2. He has little to say, surely? Strip out the “successful behavioural outcomes”, “partnership”, "stakeholder”, “co-creation”, “we’re on a journey” jargon and rhetoric, and his message boils down to:

• The public used to be seen by Government as passive recipients of information, not as customers to engage with, which they now are, ‘cos of the internet, twitter, etc. Citizens can now provide feedback on services.

• There should be more effective working together between government departments.

Now, surely, all of this is pretty trite and obvious, not cutting edge insight? Won't everyone in the audience already know this? Most of us know it, surely. It’s platitudinous.

3. Much of what Tee says seems to serve primarily as a device for reminding us of how successful he has been. The talk is in large part a puff for himself and his career.

4. Is Tee himself a good communicator? I found this presentation dull, uninformative, and I suspect it’s unlikely to motivate his audience to do anything different. The one concrete bit of advice he gives them is: think of how your next communication might be tweeted.

As I say, Tee earns over £160,000 per year of taxpayer's money (equivalent to, say, the combined salaries of three university professors). Maybe he’s very good at managing. But I’d say he’s a rather poor communicator and, on the basis of this performance, a bit light on ideas.

But perhaps I am being jealous and unfair? Wouldn't be the first time...

POSTSCRIPT. Perhaps one way of bringing out the sheer inanity of what Tee has to see is to apply the denial test. Who might conceivably say, "Matt, I disagree with you: let's not listen to to the public but just treat them as passive receivers of information, let's not have more effective working together between departments, and let's not apply psychological research to produce more effective communications."

Also note the zeitgeist, buzzword flavour of the ideas. He's following the common formula of offering obvious suggestions of the sort any reasonably intelligent person given five minutes to think about the subject might come up with, but dressed up as "synergy", "joined-up-thinking", "stake-holding", "partnership" and "co-creation", or whatever the current vocabulary is, etc. At times it seems to me to come close to pseudo-profundity.

The Uncredible Hallq said…
Of the three points, (2) is the only one that strikes me as completely trivial.

A better way to apply the denial test to (1) is to imagine someone saying, "Matt, I disagree with you, people have always been able to provide feedback to the government, and the internet hasn't fundamentally changed anything."

To which he would response, "Of course people have always been able to provide feed back, but the internet does represent a fundamental change, here's why..."

Of course, if he failed to give the "here's why" in the talk, that's a major failure.

Matt Tee said…
So Stephen, you find the time to comment on a talk I gave 18 months ago. To a civil service audience. From which I received positive evaluation.
For the civil servants in the audience the relationship between policy and communications was and is an important issue. The application of behavioural economic theory to Government policy is important and not 'trite', where ever you may come from.
18 months is a long time to take to trash a considered talk that was appropriate to the audience. Why do it now? What's your agenda?
Matt Tee
December 7, 2010 at 11:59 PM

I just stumbled upon this video by accident recently. I'd never heard of you before.

Yes, I don't doubt the talk was well-received. I imagine much of what annoyed me is common right across these kind of management, PR, etc talking shops generally.

As I said, the talk really, really wound me up, but I'm not entirely sure my reaction was justified, and am asking for other opinions. The Uncredible Hallq's view seems to be that my reaction was not really warranted.

I guess if I have an agenda, it's that I suspect the answer to the question: "Do those in public or private sector being paid vast sums (you are paid more than Cabinet ministers and even the PM) to do management and PR stuff really merit their enormous salaries?" is "No".

But of course it would be ridiculous to base that judgement on a one-off talk. Maybe you were having a bad day, and/or maybe you are excellent at your job, but not quite so good at doing this sort of thing.

I am now wondering, actually, what *would* be a really good, stimulating and informative talk to your peers on this topic. Maybe I'm asking too much. Maybe management, comms, PR etc. is to a large extent about doing the bleeding obvious. But then how to justify such enormous salaries?

*Perhaps* the answer is that while what needs to be done might be fairly obvious, some people are which better at delivering it than others?
December 8, 2010 at 8:44 AM

Mike said…
Stephen,
I'm an American, and I can assure you we have plenty of this over here, too. As a journalist I've had the displeasure of hearing hundreds of these kinds of talks by bureaucrats, and often I've had the same thought you describe: Maybe this guy is an excellent administrator, so it really doesn't matter if he's a lousy communicator. In this case, however, it really is quite ironic. A government communications minister speaking unintelligibly on the subject of improving government communications. There's a Monty Python sketch in there somewhere.
December 10, 2010 at 5:28 AM

Ophelia Benson said…
We have a staggering amount of this kind of thing in the US. That may be one reason the US version of The Office is in its 7th year - there is so much management-speak and communications-speak to satirize.
December 13, 2010 at 12:35 AM