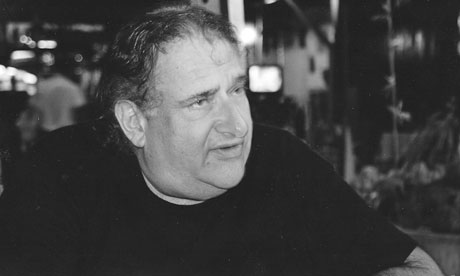 I am giving the George Ross Memorial lecture tomorrow (Sunday) at 2pm, Conway Hall, London, part of the Philosophy Now Festival. I'll be talking about stuff from my book The War For Children's Minds, which George liked, I'm told. I didn't meet him but I have discovered a lot about him and clearly I missed out.

1.          Sapere aude - Dare to know. Take the risk of discovery, exercise the right of unfettered criticism, accept the loneliness of autonomy. Have the courage to use independently your own understanding, without recourse to anyone else's guidance. Always question, always examine critically your thoughts and deeds. Always ask 'why?' Try also to ask 'why not?' Be creative.

2.          Know thyself. To thine own self be true. Remember that an unexamined life is not worth living.

3.          Universalize your actions: never do anything which you would not want to say that anybody and everybody should be able to do in a similar situation. Treat your fellow human beings as you want them to treat you. Do not have double standards: apply to yourself the principles and laws that you yourself formulate. Never treat people as a means to an end: only as an end in itself.

4.          Be kind and compassionate, and be involved: remember that the hottest place in hell is destined to those who adopt a neutral attitude in a moral conflict.

5.          Take very seriously your duty towards others, but do not take yourself seriously. Always aim for the best result possible, not for the best possible result.

6.          Remember that all human opinions, values, tenets and beliefs are of necessity subjective and relative. Always treat them as hypotheses or premises. Never bestow upon an opinion, doctrine, dogma or belief of any sort an absolute character: this is the cause of most heinous crimes against humanity. Beware of peddlers of absolutes, for people have been – and are – exterminated in the name of absolutes. Nobody has ever been killed for a hypothesis, so far at least.

7.          Be regular and ordinary in your life, like a bourgeois, so that you may be violent and original in your work. Do not make a virtue of banality, by calling it 'common sense'. Remember that the surest defence against evil is extreme individualism, originality of thinking, whimsicality.

8.          Tolerate any stance, except intolerance itself. To detest another man's opinions is one thing. To suppress them is quite another. This distinction is the essence of liberalism. Plan for freedom, and not only for security, if for no other reason than that only freedom can make security secure.

9.          Treat with respect the planet on which we live. It is the only one we've got at present and we must bequeath it to our children – and our children's children.

10.        Strive to live in such a way that the world you leave behind you is a better place, freer, wiser, more tolerant, than the world you found when you were born. Try to make a difference – however small.

Commandment No 2 is quite dodgy...because if you think about it...

If the unexamined life is not worth living it then follows that that no other kind of life is worth living...

This would inevitably lead to a society becoming morally abased.

martine said…
Having recently done a Coursers introductory philosophy course this issue was discussed at length with the professor pointing out that a more accurate translation of Socrates words would be 'The unexamined life is not to be lived' - this changes the emphasis slightly away from implying that an unexamined life is worthless to a more subtle assertion that examining your life gives it more value.

I was actually going to comment on his use of "the hottest place in hell is destined to those who adopt a neutral attitude in a moral conflict. " as published in a humanist publication - it always makes me smile to see how hard it is to escape religious language, it pervades so much of our thinking.

Paul P. Mealing said…
I quite like the Socrates' quote, but one has to put it into context.

We only examine ourselves when we fail, so logically a life without failure is not worth living.

I think they're very good. Number 8 is very relevant: the limits of tolerance are the intolerance of others. In other words, it's others' intolerance that I won't tolerate.

I'm an Aussie, so No 5 would be taken very seriously indeed in my culture, where taking yourself too seriously is generally considered an unpardonable sin.

Your Socratic point is interesting...

But say, one fails and doesn't examine one's life?

Richard Baron said…
Ah, that unexamined life quote. As I have said before, in other places, we need to look carefully at how we translate it, and specifically at the word anexetastos. In quoting Socrates' prescription, it is standardly translated as "unexamined", with the implication that it is one's own life that needs examining. Liddell and Scott (the big one) gives two meanings, (a) not searched out, not inquired into or examined, (b) without inquiry or investigation, and refers to Apology 38a5 in giving the latter meaning. An Intermediate Greek-English Lexicon (the Middle Liddell) reinforces the point by giving (a) not inquired into or examined, (b) uninquiring, and again links Plato (without a reference to the Apology) to the latter meaning. On the scope for a verbal adjective to have both active and passive meanings, see Smyth's Greek Grammar, page 157, paragraph 472.

Liddell and Scott's decision to link Plato to (b) and not (a) does not in itself prove anything. I assume that they simply followed the opinion of Plato scholars as to the translation. But if that is a good way to read the text, the prescription looks quite different. It would amount to saying that you should enquire into things and strive to find out the truth about the world. You might yourself be a main object of your enquiry, or you might turn your gaze outwards. The point would be that the intellectually slothful life was not worth living.
September 12, 2013 at 8:39 AM

Philip Rand said…
Yes Richard, I would agree with your translation.

But I would say that when translating the phrase one also has to take into account the culture of Ancient Greece...

After all it was a society that emphasised the concept of "symmetria prisca" in all things.

Meaning that it was an "elitist" society...after all Socrates did find the Hesoid "metal myth" expressing a useful truth about the world.

I think this is the danger of the quote, i.e. its sentiment is that it differentiates between the right sort of person and the wrong sort of person...because the trajectory of that phrase I think does lead to moral debasement.
September 14, 2013 at 8:00 AM

Philip Rand said…
However, there is a way to take the sting out of the quote by translating it thus:

"The un-criticised life is not worth living."